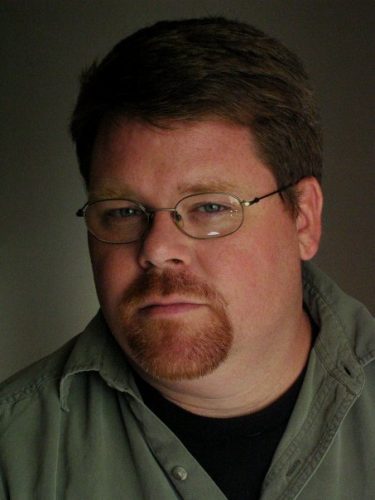 We are very excited about our new workshop leader, Michael F.X. Daley, and the session he’ll be leading on October 3, How to Break into TV Writing. We got to sit down and pick his brain a bit about his experience. Here’s a taste of what he’ll cover in class:

1) How did you break into TV writing?

While I was doing my Masters at LMU, I tried to get an internship in television.  Cold calls and the school’s resources couldn’t do it, but a friend I waited tables with was working as a PA on a sitcom,so he hooked me up.  That internship turned into a PA job the following year (new show, but same producers) and there I pushed for the coveted Writers’ Assistant job.  Then it was nine shows in six years, all canceled, and it took getting on a successful show like CSI to get my first freelance script.

2) Who were your teachers and what lesson stuck the most?

I had amazing teachers at LMU – Sue Scheibler, Jeffrey Davis, Marilyn Beker, all helped define my craft.  I had a religious script that I brought to Jeffrey Davis’ class, all about the Jesus story, and he said this: “Mike, I’m a Jew.  I don’t get most of this.  But who are these people and what do they care about?”  That made that script go to a new level.

3) What tools/ideas are you imparting in this workshop that you wish you had when you were starting out?

Even with a MFA program from a major university, I was pretty naive to the need for specs, and what goes into a good pilot.  My students today are much more savvy, now that television has blown up and everyone’s interested.  And it’s hard to know what makes TV work until you’ve experienced it, seen how it works.

4) What do you love most about writing for TV?

TV is the one medium that truly evolves.  Sure, movies can have sequels and books can go on to series, but the job of TV is hooking the audience and keeping them involved for as long as possible.  So your stories and characters must constantly evolve, change, and develop.  The story can go on as long as you like.  And a true human experience can be explored.  A great example is “Party of Five.”  Each year they’d take a challenge that hits a family – the first (and overall arc) was the loss of their parents, one year was Julia’s pregnancy, one was Bailey’s alcoholism, one was Charlie’s bout with cancer.  They saw all the many steps that people go through with these issues.  Not just a very special two hours, but the subtle lead up, and the aftermath as well. I love that about TV.  The characters becomes so real.

Learn more about our How to Break Into TV Writing Workshop or Register here.