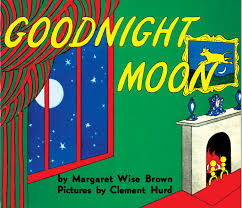 Goodnight cow jumping over the moon.

Goodnight light, and the red balloon…”

Margaret Wise Brown’s books “Goodnight Moon” and “Runaway Bunny,” have soothed children to sleep since it was first published in 1947.

Though Brown died  a few years later in 1952, she apparently stashed her works-in-progress  in a trunk at her sister’s Vermont home.  Now, thanks to publisher, Amy Gary, who spent years sorting through the poems and lullabies, a new generation of children–and perhaps those of us who might like a lighter bedtime read–can be exposed to Brown’s dreamy rhymes.

For more information on this book’s release, check out out ‘Goodnight Moon’ Author Has New Book 65 Years Later and Gary’s NPR interview.

A gift for the little ones in your life?