Arrive with an idea. Leave with a Series. 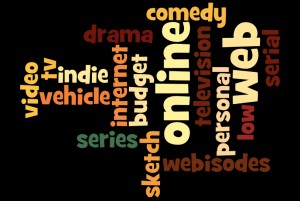 If you’ve been wondering how to create your own web series, how long the script should be for your genre, how to create a proper character arc and story arc over an entire season, then this web series class is for you! Web Series are the new frontier in entertainment. The best thing about a web series is anyone can write one. The other awesome thing about webisodes is that anyone can make one. When you write a web series, it’s like you’ll be writing your own TV series. “The Walking Dead” on AMC and “Web Therapy” on Showtime both started out as web series.

– How to write for an inexpensive budget

– How to raise money for your web series

– Live script readings as you develop

– Emerge with a web series package

– Have a great time!

Whatever idea you bring to the class will be the idea we develop. If you aren’t sure about your idea, or you have more than one idea, within the first two sessions of class you’ll have the support and time to decide what direction you want to take. Once you decide on your web series idea, we will outline your six episodes and you will write your scripts. When the group is in the script writing phase, it will be fun to read your scripts out loud. Workshop members are welcome to bring in their own actors to read for the group too. There are no networks or studios to tell you what to do when you create a web series. In this workshop you will emerge with a web series package. Bring as much imagination as you can, because you’re going to have the creative freedom you need – it’s going to be a blast!

Several of our prior students have gone on to produce the web series they wrote in our class!  Here is a list so you can keep an eye out for them!

This workshop is closed.